The Impact of Vaping on COPD: Is Vaping Really a Lesser Evil? 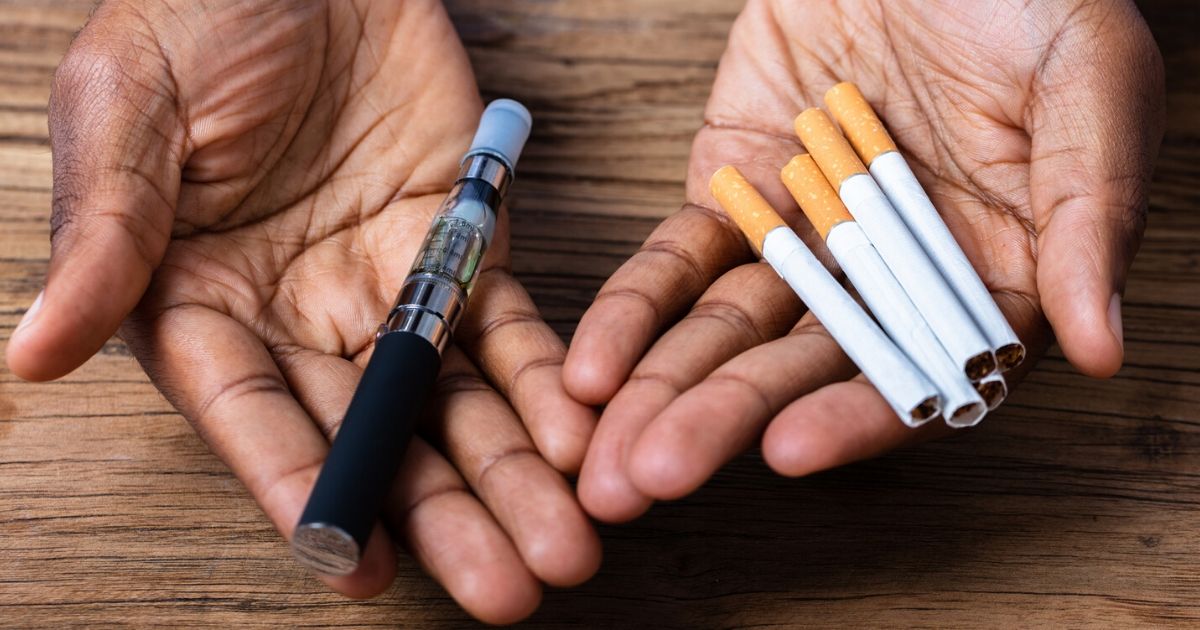 With the growing popularity of vaping, I thought it was relevant to discuss whether vaping is a healthier alternative to smoking, and whether it is an option for COPD patients. Before I start, I should declare my own bias against vaping. I am a firm believer we should not purposely inhale anything that could damage our lungs.

I’m not going to go into the technicalities of everything to do with vaping, as it is not relevant for this discussion. Vaping is when a vapor is inhaled and exhaled from an aerosol. The aerosol produces vapor via a device commonly call an e-cigarette. The aerosols come in a large variety of flavors, which have become very popular with younger generations. Many people enjoy the taste and flavor of the vapor over the standard tobacco cigarette.

Vaping has been around since 2007 and was marketed as a healthy alternative to tobacco smoking. The ingredients are propylene glycol or vegetable glycerin-based liquid with nicotine, flavoring, and other chemicals and metals. Tobacco is not an ingredient, which possibly gives rise to the healthier than standard cigarettes argument. Sadly, the much-hyped e-cigarette had no good scientific data to support its healthier option claim.

Can Vaping Cause COPD?

There really haven’t been enough studies carried out at this stage to say categorically that vaping causes COPD. The studies conducted so far have been conflicting in their outcomes, with researchers pointing to study designs as an issue.

In a recent August 2019 study, researchers concluded “that vaping induces nicotine-dependent protease release from resident pulmonary immune cells. Thus, chronic vaping disrupts the protease–antiprotease balance by increasing proteolysis in lung, which may place vapers at risk of developing chronic lung disease. These data indicate that vaping may not be safer than tobacco smoking.”

With the popularity of vaping among younger people growing, health authorities will no doubt increase research funding to try and find a definitive answer. From my own point of view, it has been shown consistently that lung damage can occur through repeated exposure to pollutants; vaping to me is a pollutant.

If you have COPD and still smoke, is vaping a healthier alternative? In the following study, researchers found that e-cigarettes induce greater inflammatory mediators from COPD lung cells. Therefore, the risks of e-cigarette use in COPD might be greater than in people without COPD.

For me there is enough science to say vaping is not a healthier alternative to standard cigarettes. One may argue it’s the better of two evils, but this would still be a stretch. There will be more studies, and like many studies, the outcomes can be swayed to reflect an intended result. As COPD patients, we need to make informed decisions and err on the side of caution if we cannot be sure.

You May Also Like:Have You Tried These Hobbies for COPD?
Related Search Topics:

Regardless of whether you smoke standard cigarettes or vape e-cigarettes, your goal should be to quit. Inhaling toxic particles is never going to be a healthy option. Cigarette smoking is a very addictive habit, and it often is started due to life stresses or peer group pressure. Rarely do people start smoking because its enjoyable. Unfortunately, with the array of flavors offered in e-cigarettes, the same cannot be said.

It is important to recognize either option is not going to help your COPD long term. With a New Year upon us, it is a perfect time to make quitting a new year’s resolution. Make an appointment with your healthcare professional to work out a strategy to make you an ex-smoker. There are many programs offered by not-for-profit and government organisations which can help you kick the habit.

Mindset has a lot to do with quitting smoking, as does your surroundings. Make sure you avoid people who smoke, stressful situations and any other triggers which may make it harder for you to quit.

I, like many, struggled to quit smoking, but the benefits of doing so make the struggle well worth it. I haven’t smoked for many years and the thought of it makes me sick. I have gone from an unhealthy smoker who could barely walk up a flight of stairs, to a healthy COPD patient who runs marathons. It may sound ridiculous, but I am healthier and more active now than I was before my COPD diagnosis (when I was a smoker).

So rather than explore the options of e-cigarettes vs standard cigarettes, why not explore the option of life after cigarettes? As time goes on you will breathe easier, have more energy and notice a huge improvement to your quality of life. Most importantly, your lungs and your family will say thank you.

Russell Winwood
Russell was diagnosed with COPD in 2011, but refuses to let it stop him from living an active lifestyle. You can follow his adventures on his blog, COPD Athlete See all of Russell's articles
More Articles by Russell
Resources
Print This