The Ins and Outs of Exercising With COPD 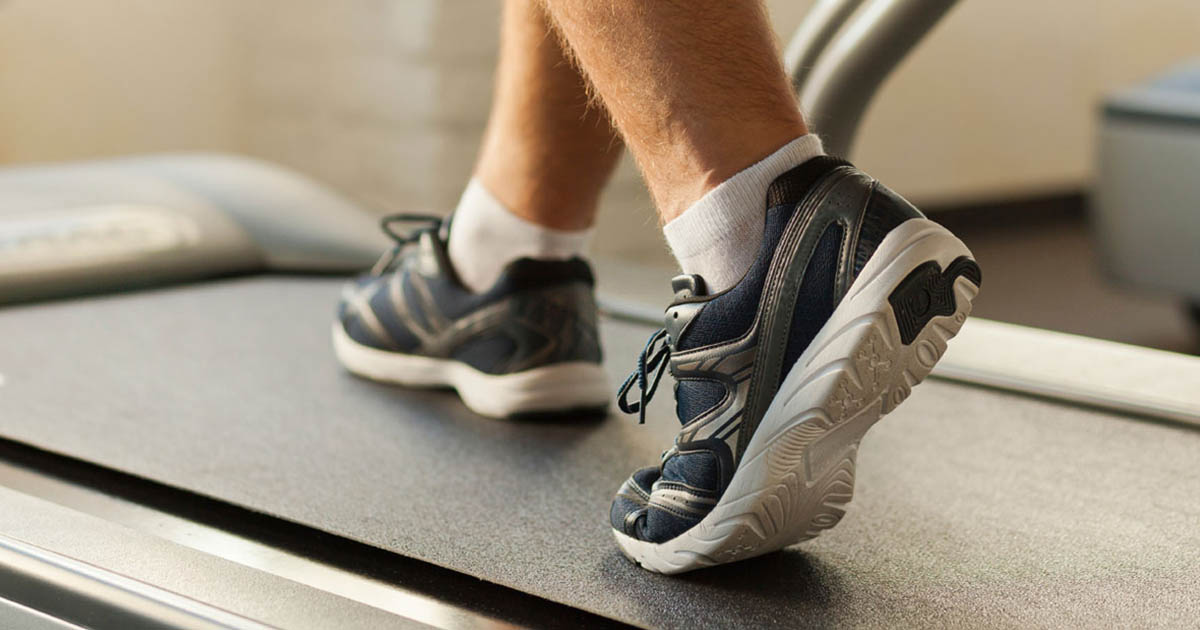 The Benefits of Exercise for COPD Patients

If dedicating 10 percent of your waking hours to exercise meant the other 90 percent would be significantly better, would you do it?

When you are diagnosed with COPD, your life is turned upside down; suddenly what you might have mistaken for just being unfit is diagnosed as an actual lung disease. There are so many questions and it can seem like things will only get worse from here.

I'm not a doctor or respiratory specialist, but I’d like to tell you my experience of living a fantastic life despite my COPD — through the power of exercise.

I was diagnosed with COPD in 2011. I’d been training for a triathlon for about three months and had noticed my times were getting slower and I could no longer keep up with my training partners. I was constantly getting chest infections, which in turn were limiting my exercise capacity.

The build-up of scar tissue in my airways from a combination of childhood asthma, repeated chest infections and years of social smoking had reduced my lung capacity to between 22 and 30%. My specialist told me it was likely that at some stage in the future I'd need a double lung transplant.

I hit rock bottom once I was diagnosed. I stopped exercising. I constantly felt tired and short of breath. By 10 each morning, I wanted to go back to bed. It was incredibly frustrating for a normally active person like me.

While prescribed medication was helping control my shortness of breath, what I really I wanted was to restore my energy levels to a point that I could exercise again. Actually, it wasn’t just something I wanted; for both my physical and mental wellbeing it was something I needed.

My wife, Leanne, investigated a few complementary and alternative therapies and I tried salt therapy with no success. Then Leanne heard about a Chinese medicine practitioner who had apparently helped many people with chronic illness, so we decided to give him a try. He advised there was no guarantee the treatment would work and that I’d have to take a course of medicines over at least six months and gradually my energy levels might improve.

The practitioner gave me a mixture of herbs to be taken with boiling water twice daily, along with 10 tablets. I was very skeptical about this ‘magic potion’ but in hindsight, that was very narrow-minded of me. There may be limited evidence and plenty of skepticism on the effectiveness of traditional Chinese medicine, but it definitely worked for me, raising my energy levels at least to a point where I could start exercising again.

Skepticism is a good thing when it comes to medical treatment, but my experience and the experience of others' shows these treatments can help, and probably need a bit more consideration by western medicine in terms of chronic and respiratory diseases.

While Chinese medicine might have given me the kick I needed, if you ask me what the number one thing making a difference to my quality of life is, I’ll tell you it's exercise. Regular exercise means feeling great; not exercising means poor breathing and poor health – something I have proven regularly over the last three years.

Before I was diagnosed I had entered the Australian Ironman event to be held in May 2012 , and while my respiratory physician had some misgivings about me continuing with my plans to race, he set me some guidelines to follow in training for the event.

Through some exercise testing we found that when my heart rate reached 150 bpm, my oxygen levels started to drop and I would become hypoxic. This became the most important rule of my training program – do not go over 150 bpm for too long.

I had five months to train before the event, and armed with my exercise program and my Chinese medicine I recommenced my training.

People with COPD often tell me they can't run, swim or ride a bike and that they can’t even walk 20 meters without getting puffed. My answer to that is to walk that 20 meters, then recover and walk 20 more.

We all have different starting points but the same principle applies: building exercise capacity takes time and a lot of effort.

Training for my first Ironman involved many slow walks, slow rides and slow swims. My swims involve the use of a pool buoy, which is a device placed between your inner thighs to help keep you afloat from your waist down. This makes swimming easier as I don't have to worry about kicking, and allows me to concentrate on my stroke.

I can’t swim more than 25 meters when kicking as I become hypoxic, but without kicking I can swim up to 4500 meters. In all of my races I have completed the swim without kicking.

After five months of training six days a week (about 18 to 22 hours a week), my fitness and energy levels surpassed both mine and my doctor’s expectations. I was feeling great!

Race day arrived and I had 17 hours to complete a 3.8 km swim, 180 km bike ride and a 42.2 km run. What a feeling it was crossing the finish line in 16 hours 50 minutes. I don't know if anyone else with stage IV COPD has ever achieved this, but I'm living proof it can be done.

In the following months I gave my body some time off to recover and reduced my exercise regime to once or twice a week, thinking I was doing the right thing. Unfortunately nothing could be further from the truth – my reduced fitness from lack of exercise resulted in weight gain, more breathlessness and greater fatigue.

This made me realize that in order to have a good quality of life and to control my COPD – rather than let it control me – I had to have a goal to work towards, and an exercise plan that would have me exercising between 15 and 20 hours a week.

You May Also Like:One Step at a Time: How to Get Walking With COPD
Related Search Topics:

Since my first Ironman I have completed two more, both in 2014. The training I've had to do for these races was enormous, but my fitness level and breathing were the best they've been in years.

I’ve learnt more about my airways and breathing exercises for COPD that allow me to swim, cycle and run more efficiently. My lung function results haven't changed, and I can still only reach 225 on my peak flow meter on a good day, but I can do so much more with my life now.

I know many people with COPD would find this many hours of exercise a week hard to comprehend, but consistent exercise has allowed me to build up to this level. There are obviously limitations on what people can achieve because of their own circumstances, and being on oxygen has its own challenges when designing an exercise program.

But regardless of your starting point, an exercise program planned in consultation with your respiratory specialist and coach is going to have a positive effect on your health.

In three years I have gone from being worried about what my future holds to being excited about the years ahead and the adventures life will take me on. If COPD was looking for a fight it picked the wrong person, because I will go the distance!

Next page: Russell's tips for getting started with exercise as a COPD patient.