What’s the Difference Between Asthma and COPD? 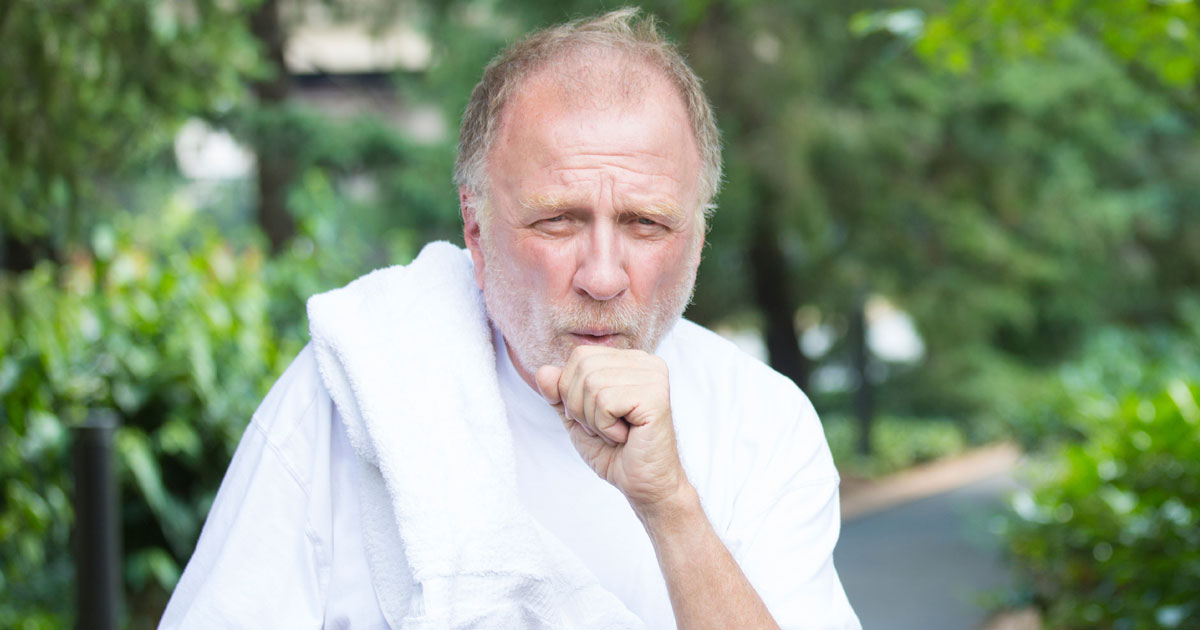 COPD vs Asthma: How Are the Two Similar and Different?

The relationship between chronic obstructive pulmonary disease (COPD) and asthma has long been a topic of conversation between healthcare professionals and patients. For the general public, these two respiratory diseases may seem the same, but the truth is there are some pretty dramatic differences.

A Look at Asthma

I was diagnosed with asthma as a young boy in a time when asthma management plans didn't exist. You were simply given a rescue inhaler and sent on your way.

Over the years, we have seen the management of asthma change dramatically; there are now new medications, and advice on lifestyle changes and how to avoid triggers. We now have preventative medications for asthma, and when used correctly, can keep symptoms well under control.

Many world-class athletes have suffered from asthma since childhood, but are able to manage their disease so well they become gold medal winners and champions of their sport.

Many champion swimmers throughout the world originally started swimming as kids to help manage their asthma. As a child I wasn't interested in swimming, but as an adult I have found swimming a great low-impact exercise that has helped manage my breathing better.

What Does Asthma Do?

Asthma is an airways disease. The airway that carries air into our lungs is prone to spasms often brought on by an allergic reaction or other hypersensitivity.

Asthma is a long-term disease for which there is no cure. However, symptoms can be managed by the use of preventative medication and rescue inhalers. While asthma can restrict your breathing greatly when you’re having an attack, it can be reversible with medication.

Asthma, like COPD, varies in severity from patient to patient. Generally, the more proactive you are with managing your disease, the less it will impact your life.

Asthma is best diagnosed through lung function test, as is COPD. Lung function tests will involve using a rescue inhaler after the first test and before the second test.

If your second lung function test improves dramatically after taking a dose from your rescue inhaler, you are generally regarded as having asthma.

The reversibility of asthma is what enables elite athletes with this disease to perform at such a high level. These athletes still suffer the symptoms of asthma, but through good management including the use of medication, they are normally able to diminish the symptoms in a short amount of time.

So How Do COPD and Asthma Differ?

The major difference between COPD and asthma is there is little to no reversibility after the use of a rescue inhaler when it comes to COPD.

With COPD, you're breathless all the time. Before I was diagnosed I had become aware my rescue inhaler was having little to no impact on my shortness of breath.

Unlike asthma, COPD is commonly caused by cigarette smoking or environmental factors, with a small percentage of people developing COPD through genetic factors.

While shortness of breath in asthma is normally triggered by a reaction to something in the environment — such as cigarette smoke, pollens and fragrances —breathlessness is always present in COPD due to structural damage to the lungs. When a COPD patient experiences an exacerbation, their breathlessness becomes significantly worse and often can result in hospitalization.

The progressive nature of COPD makes it such a devastating disease. Over time, a patient’s lungs continue to deteriorate to the point many patients are prescribed oxygen therapy to maintain some quality of life.

As I've discussed in previous articles, patients who are proactive with their disease will achieve a far greater quality of life. As more and more evidence supports lifestyle changes to slow the progression of COPD, patients adopting these changes are now reaping the benefits with improved quality of life.

In my own case, chronic asthma, constant chest infections, pneumonia and smoking have all contributed to my COPD diagnosis. In recent years, there has been discussion of asthma-chronic obstructive pulmonary disease overlap syndrome (ACOS).

ACOS has been described by symptoms that include chronic asthma from childhood, coupled with persistent airflow limitations and significant exposure to cigarette or biomass smoke. My doctor and I believe this is a good description of my COPD.

There is little doubt those patients with poorly managed chronic asthma run the risk of developing COPD as they age. If this sounds like you, it’s time to take action to prevent the progression into COPD.

Eliminating triggers you have control of, such as smoking, is a great first step to halting the progression. Lifestyle changes and good management plans are highly recommended in asthma and COPD patients.

An important fact to remember when discussing COPD and asthma is that asthma is the name of a particular disease — COPD is an umbrella term for a number of lung diseases including emphysema, chronic bronchitis, alpha-1 antitrypsin, non-reversible asthma and some forms of bronchiectasis.

It's a common belief if you don't use supplementary oxygen to manage COPD then you don't have COPD. However, a diagnosis of COPD is not dependent on the need for oxygen or lung pathology. It's determined by spirometry and the reversibility of the airway obstruction.

Unfortunately, COPD and asthma are still misdiagnosed and from the feedback I receive from fellow patients who have been misdiagnosed, the overwhelming reason is the lack of spirometry testing.

If you believe your diagnosis doesn't seem correct and you haven't had spirometry testing, consult your doctor as there may be better treatment options for you.

The structural damage to the lungs make advances in treatment slow for COPD patients. However, researchers are closing in on a possible cure for asthma.

Recently, scientists have discovered the gene ADAM33 plays a crucial role in triggering an asthma attack. It is believed that this new breakthrough could lead to a cure.

Regardless of the type of lung disease you have been diagnosed with, managing your disease through avoidance of triggers, taking medication, good anti-inflammatory nutrition, and exercise is a great way to improve your quality of life.