Have You Heard of Anticholinergic Therapy? Find Out How It Can Treat COPD 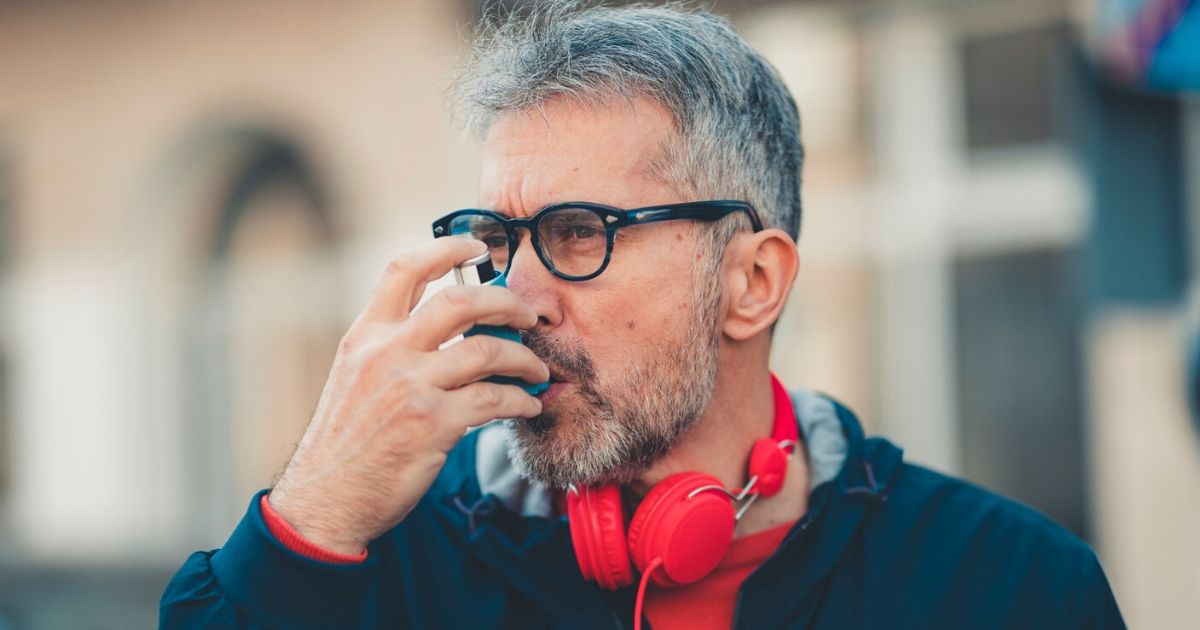 There are many treatment options available for COPD. For example, your healthcare provider may provide you a prescription for various inhalers, oral steroids such as prednisone, a phosphodiesterase-4 inhibitor, which is an oral medication called Daliresp, or theophylline. You may have a couple of these treatments, or even several of these treatments.

All of these medications work in various ways. If prescribed together, they work symbiotically to treat your symptoms.

If you are prescribed an inhaler, there is a chance that the inhaler is an anticholinergic medication.

COPD is an irreversible condition that causes breakdown of the tissues of the lungs. In addition, various factors cause inflammation of the lungs. Increased mucus production and a cough is also associated with COPD.

What is Anticholinergic Therapy?

Although anticholinergic therapy is not associated with an improvement in lung functioning — after all, we know that COPD is an irreversible lung condition — studies indicate that the use of these bronchodilators reduce severe COPD exacerbations by 33% and respiratory deaths by 73%. Compare this to beta-2 agonists (they are also bronchodilators), which actually show an increase in the risk of respiratory death and higher rates of COPD exacerbations, and anticholinergics seem pretty great.

You May Also Like:How Breathing Exercises for COPD Can Help
Related Search Topics:

We know that anticholinergic therapy is effective — these two inhalers have been on the market for years. There have also been various studies that prove their effectiveness.

In one such study, 535 patients were evaluated for one year. All patients had COPD and were prescribed tiotropium 18 mcg daily or ipratropium 40 mcg four times per day. At the conclusion of the year:

“...the FEV1 improved by 120 mL from baseline in the tiotropium group but declined by 30 mL from baseline in the ipratropium group (P<.001). In the tiotropium group, 31% experienced clinical improvement in the Transition Dyspnea Index score compared to 18% in the ipratropium group (P = .004). Hospitalizations and exacerbations were lower in patients receiving tiotropium than in those receiving ipratropium (7.3% vs. 11.7%, P = .014 and 35% vs. 46%, P= .11, respectively). The authors concluded that tiotropium is beneficial in maintaining improvements in lung function and dyspnea. The reduced effects noted with ipratropium may be explained by frequent dosing that can lead to patient nonadherence." So, what does this really mean? Basically, Spiriva was effective at improving the risk of exacerbations but Atrovent did not improve the risk of exacerbations when prescribed to dose explicitly four times per day. The authors believed that this was because it was prescribed in such a way as opposed to “as needed” and this led to nonadherence. The HandiHaler, the delivery device for the Atrovent, can be cumbersome to use. However, research indicates that there are less medication delivery errors with the HandiHaler than with a meter-dose inhaler (MDI).

Possible side effects include:

Tachycardia, blurred vision, urinary retention and constipation are side effects that are less likely to occur. In addition, though unlikely to cause problems, it is recommended to be cautious when prescribed to patients with benign prostatic hyperplasia and glaucoma.

It is also worth noting that the Atrovent inhaler is prescribed in a device called the HandiHaler. The HandiHaler involves several steps and requires dexterity to use. Those who have arthritis or other conditions that worsen dexterity, may have a difficult time operating the HandiHaler.

If you have COPD, you may be prescribed an anticholinergic medication (or two!) You may also be prescribed various other medications. Keep in mind that these medications all work in different ways, but they work together to keep you feeling well.