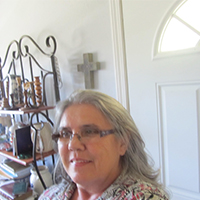 I grew up with both my parents smoking – they never thought about it bothering them or us kids. I did not start smoking until I was 21. I got started by lighting them for someone while they were driving. Worst mistake I have ever made.

I worked for eight years in a furniture factory, where there was no protection from the dust and cleaning chemicals. There was no heat during the winter, and I got bronchitis and pneumonia twice and kept it all winter.

It was during a trip to the doctor with another round of bronchitis in 1999 that he told me I had the beginnings of emphysema. I quit smoking within three weeks of being told that, but it was too late for the damage that was already done.

I never saw a doctor for it, never had rehab, nothing. To be honest I never asked about it and they never told me anything either. I went on like that for years, and slowly my breathing was getting a little worse each day and I was getting tired easily.

My mother was diagnosed with COPD in 2007, but she would not stop smoking even though she was on oxygen until her death in 2009. I still never asked questions or read much about it. She needed one of us to stay with her, so I went. It was during a stay with her in February 2009 that I ended up in the hospital with a pulmonary embolism. The lung scan showed the emphysema had gotten much worse.

I went on inhalers then, but I still was in denial about it. Now I use two inhalers daily, plus a rescue inhaler. It’s time for me to change my habits, lose some of this weight and get better informed. I may have COPD but it is time for me to not let it control me any longer.

Don't be scared to open your mouth and ask the doctor like I was.

I can’t do half the things I used to do. Stairs are so hard to deal with, grocery shopping takes forever now, and trips to the flea market are cut short due to me losing my air.

No one, to be honest. We do not live near family, my youngest son does not live near me, and my oldest son is another story all together. My husband doesn’t act any different towards me; he still doesn’t act like I am sick with this. I wish I did have someone who understood.

I quit smoking three weeks after being told in 1999 that I had the beginnings of this, and I’ve been smoke free now for 15 years.

Ask questions, read, learn, and don't be scared to open your mouth and ask the doctor like I was. I wish I had gotten informed years ago.

I may have COPD but it is time for me to not let it control me any longer.

I am 57 years young and married to a smoker. I have two sons, one who still smokes and one who quit a few months after his grandmother died of COPD. I would like to make more people aware of this and help others to make better choices than my mother and I did, which was to not ask or read anything about it until it was too late. I’m thinking about learning to be a state advocate, as there isn’t one here in Mississippi where I currently live. I love reading, walking in the woods, flea markets, sitting on a creek bank, fishing, and I’m an advocate for feral cats. 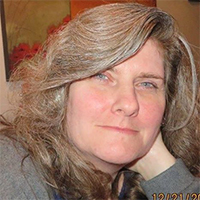 Madison Meadows
"I've had to learn to do these daily tasks in a much slower way."
Read Madison's Story
Jackie Smedley 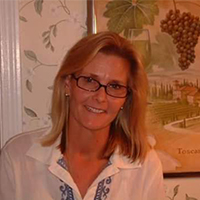 Jackie Smedley
"Every aspect of my life revolves around gaining knowledge to improve, not cure, my COPD."
Read Jackie's Story
Jamie 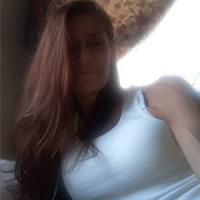 Jamie
"I was so overwhelmed by the extremities of what this disease does to a human's body and mind."
Read Jamie's Story
See All Stories