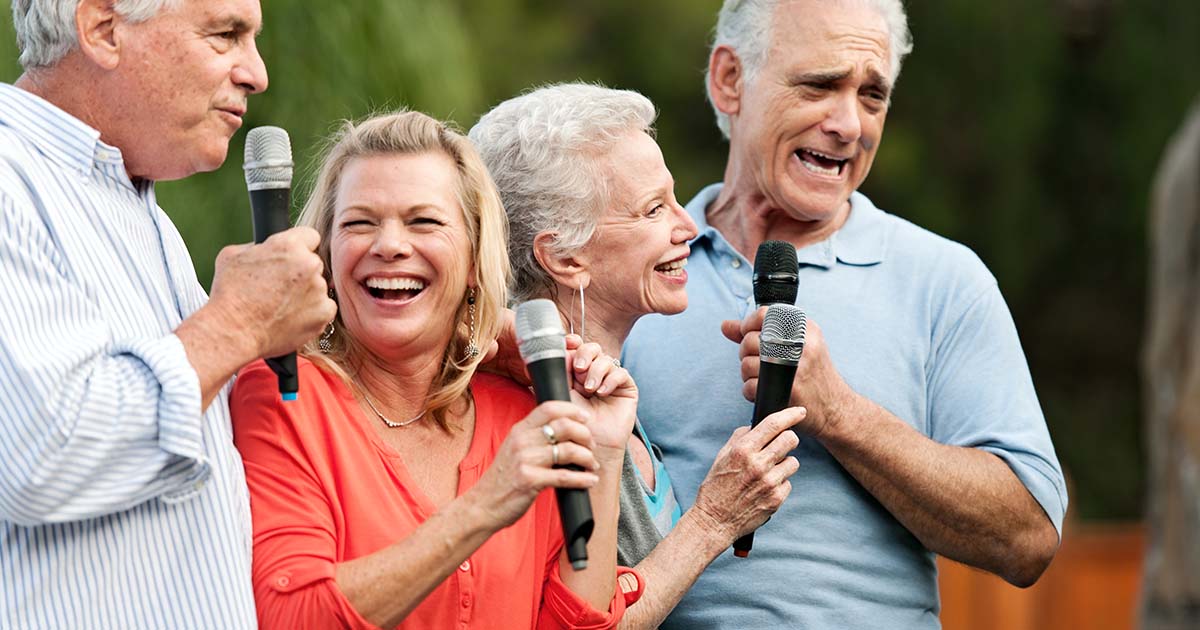 How to Improve Lung Function by Singing With COPD

When you have chronic obstructive pulmonary disease (COPD), you know how important lung function is. Unfortunately, there is no way of physically increasing lung capacity, but there are ways to improve their efficiency and prevent the volume loss that occurs as we age.

Studies have found that one type of intervention can increase the efficiency of the lungs: singing. This may come as a surprise, but it has been proven in recent studies. One such study done at Canterbury Christ Church University entailed long-term research to find whether singing helps to ease the symptoms of COPD and improve breathing. The study found that lung function improved remarkably within the group of participants, especially after five months of the program.

How Does Singing Help COPD?

You might think singing would exacerbate COPD symptoms, but researchers believe there are several benefits. The patients in the study, for example, were found to inhale without anxiety, which is a good thing as anxiety can bring on hyperventilation and other problems.

The COPD participants also took deeper breaths and were clearing their lungs more efficiently. Singing, in itself, seems to be therapeutic since it helps patients clear their airways better and allows them to breathe deeper and in a more relaxed way, reducing anxiety.

Many patients with COPD have only about 50 percent of lung capacity compared with someone without the condition. Over time, their capacity will diminish even further. The goal of the research was to see whether weekly singing sessions could halt the progression of COPD and keep patients at the same level of lung capacity as they had before the experiment. To their surprise, they found that most of the participants in the study had in fact improved lung functioning after a year.

At Royal Brompton and Harefield hospitals in London, England, there are workshops called Singing for Breathing, which aim to enhance the physiotherapeutic support that COPD patients have by utilizing singing as a new form of exercise to teach better breath control. They do it in a group setting and it is very informal and fun for the entire group.

But you don’t have to go to a group program to enjoy the benefits of singing — you can do it at home and at any time!