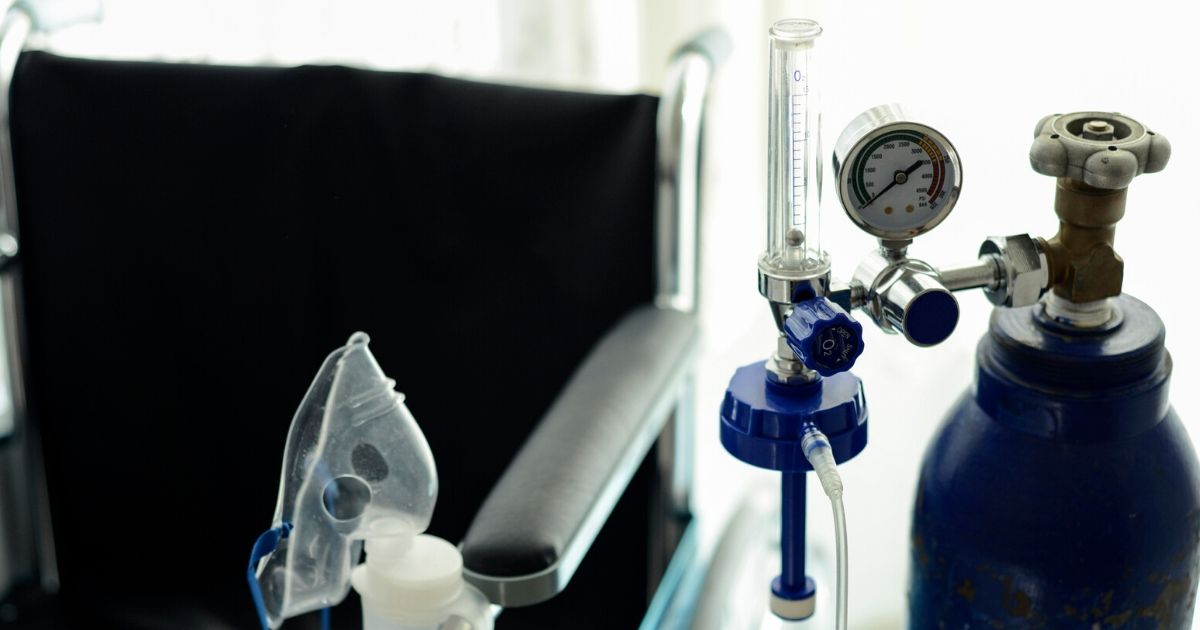 COPD is one of the leading causes of death in the United States, affecting at least 16 million Americans. It is expected that at least several million Americans have COPD and are undiagnosed. In 2015, 3.2 million people died from COPD, which was an uptick of 11.6 % compared to 1990.

COPD is characterized by the presence of chronic bronchitis and emphysema. Together these conditions cause a restriction in airflow. Unmanaged or frequent exposure to irritants can increase the risk for developing hypoxia.

What Is COPD Hypoxia?

In contrast, hypoxemia is “…a condition or state where there is a low arterial oxygen supply.”

These terms are not the same, although they sound very similar.

COPD causes permanent damage to the lungs. As damage occurs, the body begins to develop ways to cope with lower oxygen supply. This lower oxygen, as we discussed, is hypoxia.

Eventually, hypoxemia occurs. Both occur concurrently when COPD has damaged the alveoli (air sacs), and the body can no longer cope with the lower oxygen supply.

Occasionally hypoxia is acute, such as during a flare of COPD. This may occur during an illness, such as pneumonia.

Symptoms of hypoxia are caused by a reduction of oxygen in the tissues and the lungs, typically due to inflammation and restriction of the airways.

Although some of these symptoms may be experienced on a lesser degree due to the nature of COPD, worsening symptoms should be reported to a healthcare provider, or you should present yourself to the emergency department.

Untreated hypoxia can lead to a lack of oxygen in the lungs, which will eventually lead to the body being unable to carry out any functions, progressing to heart and brain death.

How to Treat COPD Hypoxia

Often when a person with COPD develops hypoxia, oxygen therapy is prescribed. Oxygen therapy involves the use of supplemental oxygen directly into the lungs.

It is also important to take prescribed inhaled and oral medications:

It is also important to quit smoking; doing so can reduce symptoms, improve efficacy of treatment and improve the immune system.

COPD is an irreversible lung condition that affects millions of Americans and will continue to affect millions before a cure can be found. At this time, the best treatment option that we have is to treat the symptoms and prevent damage from occurring, thus preventing hypoxia from developing.