From COPD Flare-Up to Finish Line 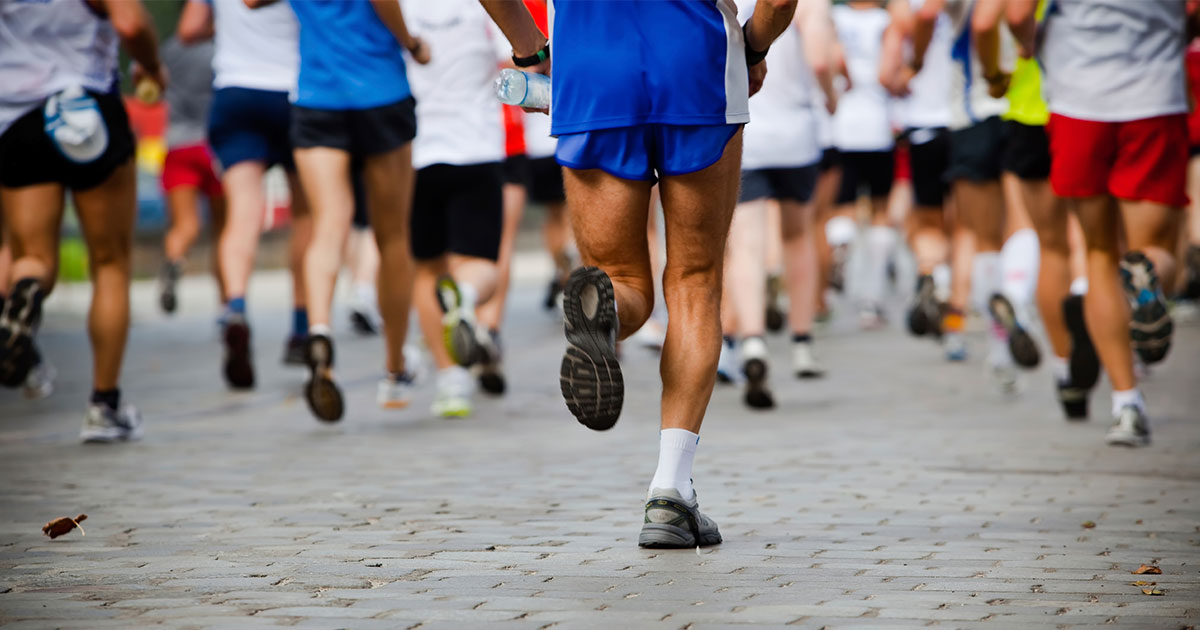 Coping With COPD Flare-Ups and Exercise

When COPD symptoms flare up we’re faced with the challenge of dealing not only with the flare-up itself but the recovery process as well. After my recent COPD flare-up before the Gold Coast marathon, I thought I’d share my experience.

The Week Before the Race

After many hours pounding the pavement and treadmill, I was ready to take on my next challenge: a half marathon. This race was an important lead-up event in preparation for the New York City Marathon in November as it would give me an idea of how my training was progressing.

When you’ve been training for an event, the last thing you need in the week leading up to the race is a COPD exacerbation. That was the reality I was hit with when I woke up on the Monday morning six days before I was due to run the Gold Coast Half Marathon. I awoke feeling unwell and very short of breath. A quick check on my pulse oximeter confirmed what I already suspected — my oxygen levels had dropped to 85%.

I talked about having an action plan in my previous post on panic attacks and COPD, so it was time to practice what I preach!

When I’ve had exacerbations in the past, it has been generally due to the onset of a chest infection, this time there was a difference. I was feeling unwell but I had no other symptoms other than an increase in shortness of breath.

How Do I Deal With a Flare-Up?

Part of my action plan, written in consultation with my lung specialist, is to have antibiotics and prednisone on hand. So I started a course of prednisone and made an appointment with my doctor. The doctor confirmed that I didn’t have an infection that the probable cause was an allergic reaction and that taking the course of prednisone was the best way to treat my shortness of breath.

I now had five days to recover for the race — is that even possible?

Of course it is, that’s my mindset if I’m serious about making the start line. Plenty of rest, and sticking to my medications as well as increasing my zinc supplement (an immune system booster) and, as they say in Australia, ”she’ll be right, mate”. The reality for most patients is that running 21.1 ks or 13.1 miles at any time, let alone six days after an exacerbation is unlikely, so I just had to let nature take its course.

By Wednesday evening I hadn’t improved much and while I wasn’t losing all hope, I was thinking about a contingency plan. Maybe I could walk most of the way and just get through it – I certainly wasn’t thinking about withdrawing; I just needed to trust that my fitness level was such that my body would recover quickly.

As the week continued, things improved and my confidence in making the race was growing. By Saturday morning I was feeling much better; I still had some shortness of breath but my oxygen levels were back over 90%. However, knowing what I was in for the following day I had to be sure my body was up to it, I hadn’t run at all week and I needed a test. I decided to go for a short 3k run and check my heart rate and oxygen level responses. If they were satisfactory, then I’d be at the start line Sunday morning.

Next Page: Race Day, Lessons Learned, and The Recover

My run on Saturday had gone well. As expected, my heart rate was a little elevated but my oxygen levels were good. I met my coach before the start of the race and we decided that I’d run at a slower pace so I didn’t over tax my body. This plan worked well as I was able to keep my heart down and my oxygen levels at a safe range. My breathing technique was working and I was able to run 95% of the race.

I initially had planned to complete the race in under 2hrs 45 minutes, but the slower pace meant I finished in just over three hours. All in all it was an excellent training run for New York.

Since early on in my diagnosis, I’ve always thought the best way to combat COPD was through exercise and building my exercise capacity. There is no doubt this has worked for me and what happened in the lead up to this half marathon proved once again that a fit and healthy body is more able to cope with the illness.

I have no doubt that had I not been in such good shape that the flare-up that hit me on the Monday would have ended any hope of me competing by Sunday. Although my lung function is still under 30% and structurally my lungs haven’t changed, what has changed is my body’s ability to become more efficient in its use of oxygen through the breathing techniques I use when exercising.

These two ingredients are critical for me to be able to train the way I do and the more I exercise, the more efficient my body has become. These same ingredients can be used by anyone with COPD, no matter what their fitness level is or what their goals are.

After the race I was my legs were quite sore but this was expected as I hadn’t been able to do enough running in the week before, so lots of extra stretching helped to loosen up the muscles. Breathing-wise I felt pretty good, but I know that endurance races can wreak havoc with my immune system, so allowing time for recovery over the next 3-4 days is very important.

Recovering from exacerbations can take time and a lot depends on how your health and fitness levels are prior to the onset of the exacerbations. Whether you have run a marathon or not, the key is rest and giving your body’s immune system every chance to reboot itself. Stick to your medications and make sure you’re well hydrated, eat healthy, nutritious meals to aid in your recovery.

Looking after your body in a way that gives you the best chance to live as full a life as possible is really not that difficult. What you have to realize is that if you don’t treat your body with the respect it deserves, you’ll never reach your full potential.

Too often we expect that our body will just cope and we will eventually feel better, but our bodies are no different to a car engine – they need to be kept in good condition to operate at their best.