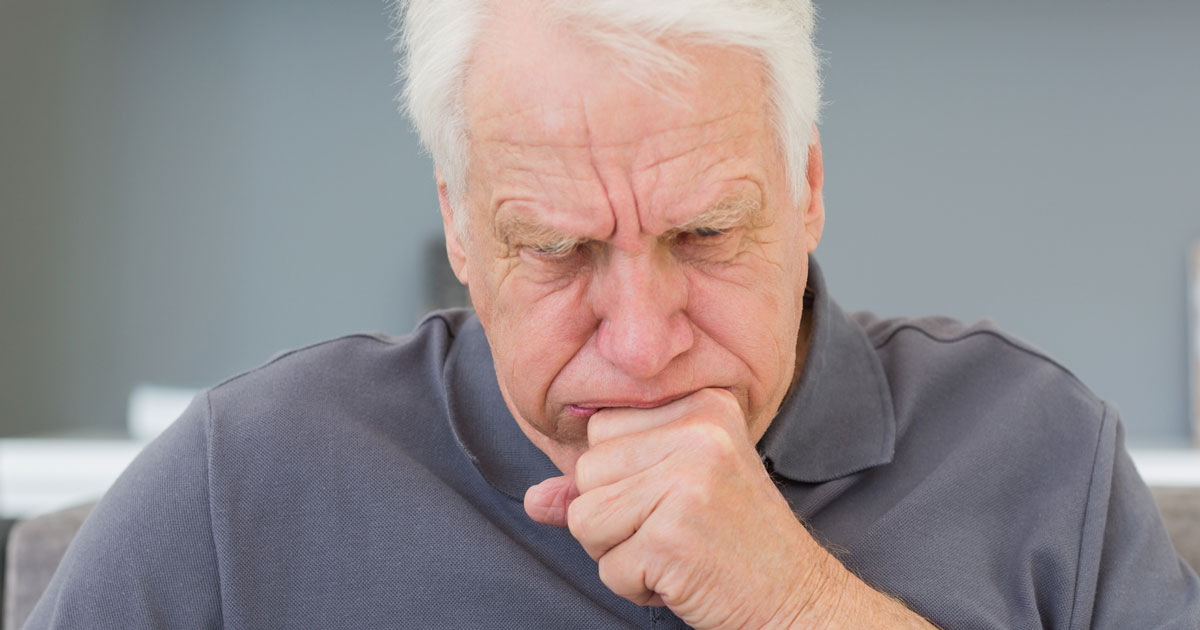 If you have COPD, undoubtedly you’ve heard the term “exacerbation” – but what exactly does it mean? Why does it happen? And what can you do to prevent it from happening to you?

First, it is important to understand what happens in the lungs when you have COPD.

In lungs that function normally, when you take a breath, the air goes into your lungs via the windpipes called the bronchial tubes. These bronchiole tubes branch into many smaller tubes called bronchioles, which end in tiny sacs called alveoli.

Healthy lungs and alveoli are elastic and stretchy. This allows the lungs to fill like a balloon during inhalation, and deflate during exhalation.

When you have COPD, a few things have happened to the lungs. The airways and alveoli have lost elasticity, the airways have become inflamed, and more mucus is being produced, which can cause “clogs” in the lungs.

A COPD exacerbation is basically the symptoms of COPD, intensified. Your breathing gets worse, and it can happen very quickly.

Why Does a COPD Exacerbation Occur?

For example, if you developed an upper respiratory infection, pneumonia, or influenza, your chance of a COPD exacerbation increases. It is also worth noting that because you have COPD, you are at an increased likelihood of developing these types of infections in the first place.

Other common triggers for a COPD exacerbation include allergenic triggers, such as exposure to pollens or grasses, air pollution, exposure to smoke, and not taking COPD medications as prescribed.

This is why it is important to make certain lifestyle changes to help improve COPD symptoms significantly.

How to Prevent COPD Exacerbations

There are plenty of ways to avoid COPD exacerbations – and taking your medications as prescribed tops the list.

Equally important is preventing illness. There are numerous ways to do this:

Other things that you can do may not prevent infection, per se, but they can help your wellbeing. For example, getting eight hours of sleep is recommended. Drinking plenty of water can keep your mucus from thickening, which can cause issues.

It is also important to keep all appointments with your physician. It can seem like a nuisance to see your doctor when you’re feeling well, but it is crucial!

What to Do If You Suspect You Have an Exacerbation…

At the first sign of an exacerbation, contact your physician. Stay calm and discuss your symptoms with your physician. She will let you know if you can come in for an office visit and treat your exacerbation at home, or if you should present to your local emergency department.

If your doctor recommends going to an emergency department, do not drive yourself. If you can’t breathe, you are not safe to drive. Ask your physician if you can have a family member drive you or if you should call 911 for EMS transport.

If you have doubts, you should contact 911 immediately. EMS can begin to treat your breathing issues immediately, because they have medications, oxygen if you’re not already on it, and other things that may be necessary to stabilize you, on the ambulance. They are most likely in contact with the emergency department physician en route to the department.

When an exacerbation does strike, the quicker and more thoroughly you can treat it, the less damage your body will suffer. One excellent way to take control is with a COPD action plan.

Research has shown that creating (and adhering to) an action plan can significantly reduce recovery time after an exacerbation. Work with your doctor to develop a good plan, including specific, written instructions on medications to take, what to monitor, and when to contact your medical team.

Angela Finlay
Angela Finlay is a freelance writer and blogger committed to sharing matters that affect health and wellbeing. From fitness and motivation to medical ailments and psychological hurdles, she has covered a range of health and lifestyle topics through her web writing career. Angela feels that a high quality of life should be a top priority for everyone, and tries her best to help people find more comfort, contentment, and confidence with the resources around them. See all of Angela's articles
More Articles by Angela