Is Dizziness a Symptom of COPD? 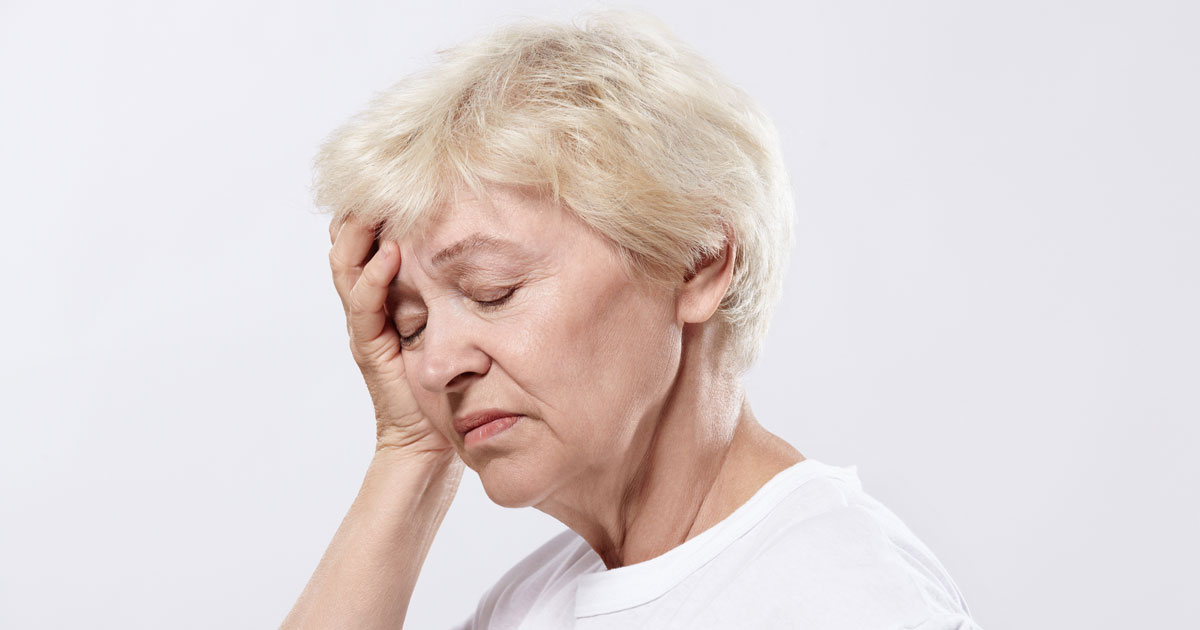 Tips for Coping With COPD and Dizziness

You’ve been experiencing dizziness or vertigo, and you are beginning to wonder if your COPD is to blame. You may research COPD symptoms and find the following:

Feeling dizzy is often described as experiencing an off-balance sensation. Dizziness that creates the false sense that you or your surroundings are spinning or moving is called vertigo. It is also one of the most common reasons adults visit their doctors.

It is important to note that dizziness is a symptom – it is not a disease in itself. There are many causes of dizziness, such as inner ear disturbances, motion sickness, medication side effects and underlying health conditions.

One of the most common causes of dizziness is vertigo.

Mayo Clinic defines it as “the false sense that your surroundings are spinning or moving. With inner ear disorders, your brain receives signals from the inner ear that aren't consistent with what your eyes and sensory nerves are receiving. Vertigo is what results as your brain works to sort out the confusion.”

Can COPD Cause Dizziness?

Now that we know a little bit about what dizziness is, can COPD cause it?

We discussed the general symptoms of COPD above. These are the symptoms you may experience on a day-to-day basis when you have COPD.

However, when you are suffering from an emergent situation, known as hypoxia, your symptoms are going to be a bit more extreme. Hypoxia is when your oxygen levels are low – your body has an insufficient amount of oxygen in the tissues of the body. It can be confused with hypoxemia, which is low oxygen circulation through the blood.

There are several different types of hypoxia, which are beyond the scope of this article. Generally, in the patient with COPD, you would be experiencing hypoxic hypoxia (hypoxemic hypoxia), which is caused by an inadequate amount of oxygen in the tissues due to a lack of oxygen in the blood. Inadequate breathing most often causes this.

Can COPD Cause Fainting?

We’ve already established that COPD can sometimes, in emergent situations, lead to hypoxia, and hypoxia can cause dizziness.

So, can COPD cause fainting? Well, if your oxygen levels plummet low enough and make you dizzy, you can sometimes faint. The medical term for this is called syncope. Although it is common, it should be regarded seriously, because it could signify an underlying serious condition, such as in the case of the hypoxic person with COPD, which can be dangerous and even life-threatening.

What to Do About COPD and Dizziness

The single most important thing you can do in regards to COPD and dizziness is preventing it from occurring in the first place.

Dizziness in the context of COPD is generally an emergency situation and means that your oxygen level is dangerously low. So, how can you prevent this from occurring?

So, if you do these things regularly, but you are in the midst of a COPD exacerbation and the dizziness occurs, what should you do then?

First, stay calm. If you are standing, sit down in a safe place – this ensures that if you have a syncopal episode you are less likely to injure yourself.

It is a good idea to have some type of alert in place on your person should you have a syncopal episode and lose consciousness. This could be in the form of a bracelet or necklace. It could also be on your cell phone, as many EMS providers are now trained to search for this information.

If you live alone, consider obtaining a Life Alert so that you can obtain assistance readily if you need it.

When Dizziness Isn’t Related to COPD

There are times that dizziness will not be related to your COPD.

For example, as we discussed, it can be related to other medical conditions. It could be as simple as an ear infection, or dehydration from a stomach virus. It could be a side effect from a new medication that your health care provider prescribed.

Does this mean that you should not take it seriously? Of course not – any new symptom should be taken seriously, especially if you have a serious chronic condition like COPD.

While dizziness is not always an emergency, it can signify an emergency situation for someone with COPD.

It can mean that someone with COPD is suffering from hypoxia, a condition that means that oxygen levels are dangerously low in the tissues of the body. When this happens, dizziness can lead to syncope, and if left untreated, it can be fatal.