Fact or Myth: Can COPD Be Cured? 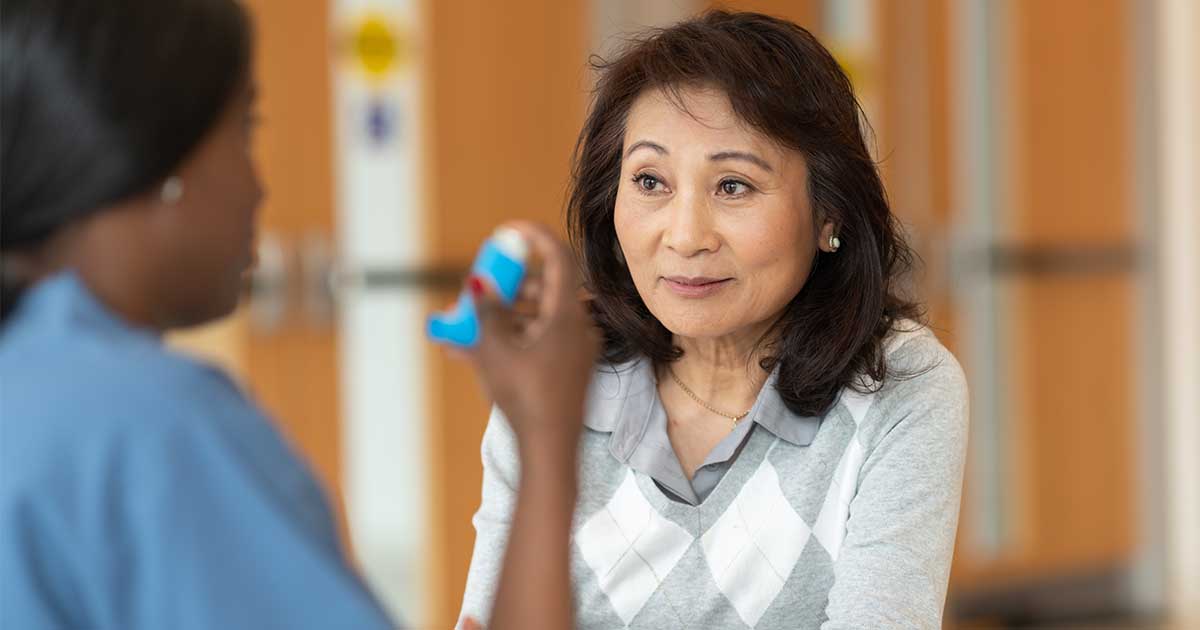 Can COPD Be Reversed?

There are approximately 65 million people with moderate to severe chronic obstructive pulmonary disorder (COPD) worldwide. Experts believe that this number is only expected to rise over the next 50 years. In the U.S., approximately 16 million Americans have COPD, and many Americans are unaware that they have it.

Many people who are initially diagnosed with this condition may wonder, “can COPD be reversed?” In this article, we look at how symptoms can be managed, and what triggers to avoid.

COPD is a progressive lung disease that causes airway obstruction. It combines chronic bronchitis and emphysema.

Bronchitis causes inflammation of the airways. When bronchitis becomes chronic, the bronchi are inflamed most of the time.

The alveoli are tiny air sacs in the lungs that assist with air exchange. When these air sacs become damaged, emphysema is said to occur. When emphysema occurs, the lungs lose their elasticity, becoming stretched out.

Can COPD Be Cured?

COPD is said to be progressive; this is because it worsens with time. As such, COPD cannot be reversed.

In a 2011 article published in Science Daily, researchers noted that very little headway had been made in COPD research over the past 20 years. However, Norbert Weissman of the University of Giessen Lung Center in Germany had studied mice with emphysema and noted that hypertension typically precedes the development of COPD. They also noted that nitric oxide (NO) may play a part.

According to Weissman, “Nitric oxide (NO) and the nitric oxide system are important for opening up blood vessels and maintaining vascular tone . . .Simply put, peroxynitrite can modify protein functions, leading to the destruction of lung tissue.”

To simplify, identifying that nitric oxide levels may play a part in COPD may lead to better therapies, as well as prevention.

At this time, we know that COPD progression can be halted. There are many steps that can be taken to greatly slow its progression and to reduce symptoms.

If you have never been one to exercise, you do not need to sign up for a 5-kilometer run in order to become healthier.

A great exercise program can be:

If you are diagnosed with COPD, it is likely that your healthcare provider will prescribe you medication. COPD medication is used to keep your airways open so that you can breathe, reduce airway inflammation and keep mucus production at bay.

COPD medication regimens are tailored to each individual. The regimen should promote better breathing, a reduction in flare-ups, and it should allow you to participate in daily activities.

Everyone with COPD has different triggers. Identifying your triggers and subsequently avoiding them can improve your symptoms.

Smoking is the leading cause of COPD. It is known to cause 85% to 90% of COPD cases. The Centers for Disease Control and Prevention (CDC) reports that 38% of the 16 million Americans living with COPD are current smokers.

You’ve probably been told to quit smoking for various reasons over the years. For the health of your lungs, you should quit smoking. You should also avoid secondhand smoke exposure.

While COPD cannot be reversed, there are different ways that you can manage your symptoms. There are also many triggers that you can actively work to avoid, which will lessen the likelihood of developing COPD.

Be sure to speak to your doctor about creating a treatment plan if you have been diagnosed with COPD so you can manage your specific symptoms.